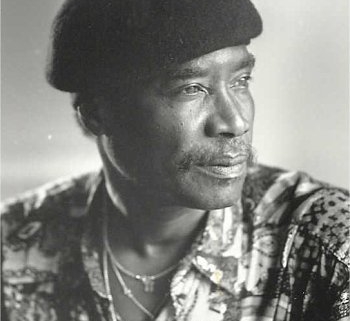 The City of Côte Saint-Luc will unveil a plaque on Thursday, May 2, 2019 at 5pm in the greenspace across from 6615 Baily Rd.. to honour the late Gérard Étienne, who was a linguist, journalist, professor, human rights defender, and prolific writer of poems, novels and essays.

“Gérard Étienne was a resident of Côte Saint-Luc for last eight years of his life and it is fitting to honour his social, humanitarian, and artistic contributions,” Mayor Mitchell Brownstein said. “The plaque on Baily Rd. near where Mr. Étienne lived will serve as a reminder of his life and legacy, from his early years in Haiti to his life in Canada.”

Following the plaque unveiling, the Côte Saint-Luc Public Library (5851 Cavendish Blvd.) will present a words and music event at 7pm at the library with music by saxophonist Jacques Schwarz-Bart and a reading by Philippe Régnoux.

“I admired Gérard as he contributed so much to our community,” said Councillor Dida Berku, the councillor for the district where he lived. “We are very privileged to honour his legacy by placing a plaque in a public space along the route he often took on the Sabbath and holidays with his family. This location is the midpoint between his home and his place of worship, where our residents can now also read and reflect about his struggles and achievements.”

Gérard Étienne in 1991 received the Medal of the Guadeloupe writers union, Association des écrivains de la Guadeloupe. In 1996, the International Council for Francophone Studies (Conseil international d’études francophones) conferred upon him the prestigious Maurice-Cagnon Certificate of Honour, for his exceptional contribution to world French-language studies. In 1997 he received the Gold Medal of the La Renaissance Française organization. He was also awarded the Cator trophy for his lifetime of work. As a member of the Quebec writers union, Union des écrivaines et des écrivains québécois (UNEQ), he notably worked during 2005–2006 on their language and sovereignty committee.

Gérard Étienne was born and raised in Haiti. He wrote his first poems at age 13 and performed them on radio. At age 15, he left home moved to the capital of Port-au-Prince, where he took part in an uprising against the despotic regime of the country’s military ruler Paul Magloire. Étienne was arrested, imprisoned and tortured, before being released.

In 1958, Étienne started his career as a journalist, teacher and writer. In 1959, he took part in the plot against the new regime of François “Papa Doc” Duvalier, for which he was arrested and tortured a second time. Upon his release, Étienne published in rapid succession four books of poetry and two literary essays and found himself a cultural and literary leader within his country.

In August 1964, Étienne fled to Canada as a refugee. Upon his arrival in Montreal, he taught and worked as a reporter. In 1965, he published Letters to Montreal, his first Canadian book. He continued to publish and his work was translated into English, Portuguese and German. In 1967, he married Natania Feuerwerker, whom he had met at the Université de Montréal. Étienne and his wife had two children and moved into Côte Saint-Luc where he became a member of the Congregation Tifereth Beth David Jerusalem.