Côte Saint-Luc residents can easily measure the distance of their walks thanks to the four Heart in Motion walking paths.

Four walking paths of 1 km, 3 km, 5 km and 8 km were created on existing city sidewalks as part of the Heart in Motion program of the Heart and Stroke Foundation of Quebec. The paths will be marked every half kilometer with distinct yellow and blue Heart in Motion signs so walkers can track their progress. The paths start from the southwest corner of Pierre Elliott Trudeau Park.

This program has spread around the world, with similar paths in Ireland, Denmark, Finland, Germany and Sweden. Walking improves blood circulation and strengthens the heart. 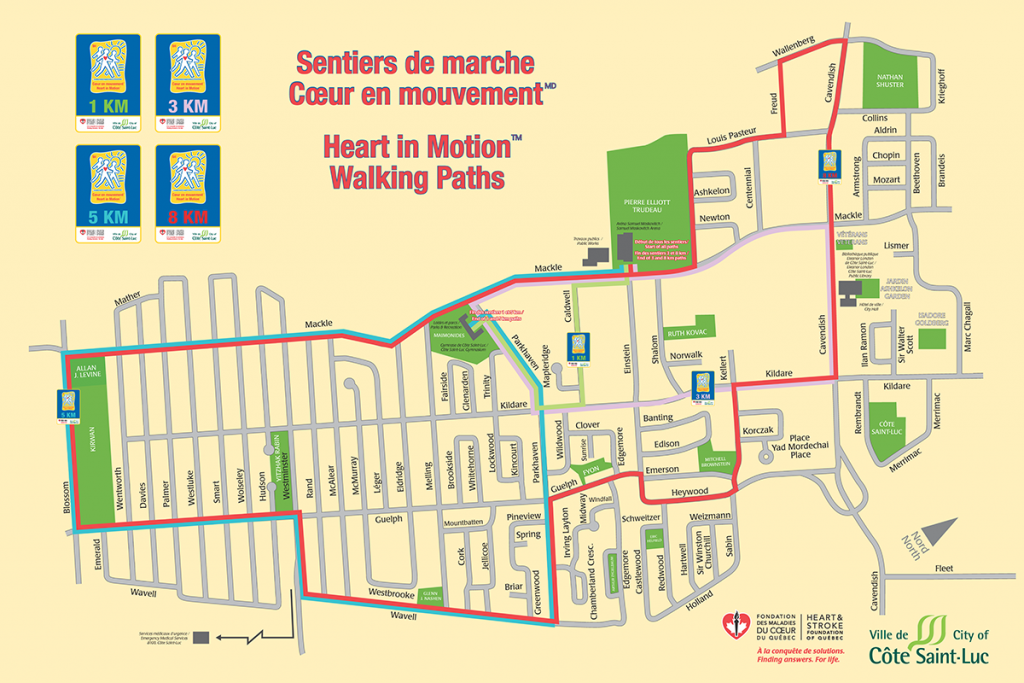